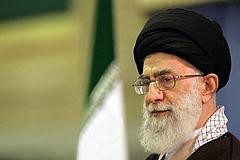 The Women’s Movement Carries On


As people around the world celebrated international women’s
day on March 8, Iranian women
activists interviewed for this occasion said that they believed that the condition of women in Iran has deteriorated while pressure and restrictions on their activities have grown. Despite this though they appeared hopeful and optimistic, contending that their movement would start the new Persian year (the year 1391 begins on March 20) with vigor and dynamism.

While in some countries the international women’s day has been declared an official holiday, the Islamic republic does not recognize the day as such. Iranian women activists however do and celebrate day in whatever fashion possible. One website that posts news related to women, Kanoone Zanane Irani (The Center for Iranian Women), announced that international women’s day was celebrated in a small house in Tehran. According to the report journalist Jhila Bani Yaghoob, and women social activists Shahla Foroozanfar, Alie Eghdamdoost, Minoo Mortazi Langaroodi, Haleh Safarzadeh, Nahid Jaafari, Setareh Hashemi, Alie Matlabzadeh, along with defense attorney Nasrin Sotudeh’s husband Reza Khandan, commemorated the day by talking about current issues and the achievements of women.

Iranian women outside Iran also celebrated international women’s day and honored women and their achievements and contributions around the world.

As the Persian calendar year comes to its end, women activists published various reports in media and social networks discussing and evaluating the women’s movement and the effects of the disputed 2009 presidential elections. Some praised the activists and their work, while others criticized the actions.

Parvin Bakhtiarnejad, a researcher on social and women’s rights issues wrote on the Feminist School website that this year’s March 8 be turned into the day of “solidarity and self-criticism.” In her piece she mentions the participation of women in discussion groups and their support for various events related to women’s issues that sprung over the years such as the Campaign for A Million Signatures, the Campaign Against Stoning, the various coalitions that were formed such as those against the so-called family protection law or those that came about for the presidential elections and says that the events create a greater solidarity among women on their path for equality.

In her published piece, Ms Bakhtiarnejad on the other hand argues that the departure of some women activists from Iran has in fact had a negative impact on the vigor and intensity of women’s projects and solidarity. “There are no sign of solidarity for a joint program, as if the women’s ideals have gradually withered away into the skies. Each person is leaning against a tower without a common program and without connecting communications,” she writes.

According to reports by international human rights organizations, after the tenth presidential elections in Iran (in 2009) there was a dramatic rise of migrations of Iranian activists in all spheres to other countries, which included women activists.

In response to a question on the effect of these migrations on the women’s movement and activists, women’s issues Ms Shojayi said that “the movement for change in Iran is carried out through activists in Iran while efforts from outside the country usually take the form of support and publicity.” She said she did not believe there was much solidarity among women activists who had recently left the country. “While trips and travel could have created organized collaboration networks, but we do not see such solidarity and institutionalization at least among the main women activist personalities,” she said, adding, “This is a criticism levied against women activists outside the country. Inside Iran we have had seen coalitions that have succeeded in substituting for civil society institutions. This could have also taken place outside the country, but it did not.”

The only coordinated effort outside the country according to Shojayi has been by the Mourning Mothers group. But then she clarifies that if the women’s movement is defined by its demands for equality as its central activity, then this group falls outside it because its efforts do not have feminism as its main activism.

Ms Amini said that despite the departure of many women from Iran, the movement continues to have its general solidarity and organization. “One of the main activities of the women’s movement in recent years has been its presence in coalitions on specific issues. Statements, letters and articles exist to demonstrate that this solidarity exists,” according to her. “During the last two years, a part of the women’s movement had had to leave Iran while another part has been imprisoned, and still other members have been suppressed by authorities. But still plenty of statements and opinions are published, in fact more than those of other social groups,” she contends.

Amini believes that the events after the 2009 disputed presidential elections and specifically the restrictions that have been imposed on any social activity and social groups have not resulted in a decline in the work of the women’s groups. According to her activities related to information dissemination and publicity have in fact risen during this period in the sense that the media has shown a greater reception to such activities and reports. She believes that women activists outside Iran too responded to women’s issues inside Iran with the same intensity that they had in the past.

Shojayi agrees on this last point and contends that there is plenty of evidence to indicate that the women’s movement is as active as it has been. The activities of websites that focus on women’s issues are one such example, according to her. Sites such as the Feminist School, the Center for Iranian Women, and the site on the Family Protection Law are among those that vigorously publish reports on women’s issues. The other sign of the growth of such activism is the number of judicial orders against women, including arrests and imprisonment of women activists, which are targeted because of their associations with the general pro-democracy events and movement in Iran. The third indicator is the number of statements and analytical reports issued or published on women’s issues. These are produced inside Iran and indicate the vigor of the movement. She also believes that outside Iran too much has taken place regarding Iranian women’s issues in recent years.

She does add, however that the main discourse of the women’s movement is defined by activists inside the country.

Iranian authorities have been increasing their pressure and restrictions on women’s activists. In the most recent such episode, Narges Mohammadi, the deputy president of Iran’s center for human rights defenders was sentenced to 6 years of prison for her legal activities. Ms Shojayi believes that the regime has unfortunately not shown any flexibility regarding women activists. “Many women are routinely summoned to courts, interrogated and sentenced to heavy prison terms or are banned from engaging in certain activities,” she contends. According to her, the general condition of women this year has not changed, and in fact their social pressures, discrimination regarding education, the veil and other issues related to them have intensified, thus making the situation worse than before. “Still, the women’s movement continues its life as a principal social movement in the country,” she said.